BURNING DESIRE – He is as a snake in a doctor’s suit.

BURNING DESIRE: The Psychopath and the Girl in Black Prada Shoes – Part I 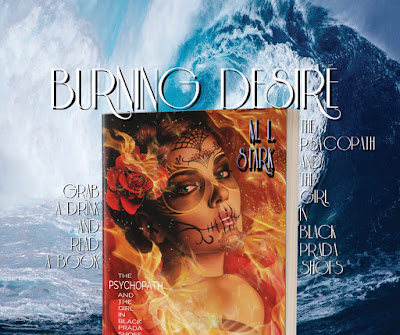 He is as a snake in a doctor’s suit.

PSYCHOPATHY IS THE ONLY MENTAL DISORDER WHERE IT IS NOT THE PATIENT, BUT THE ENVIRONMENT THAT SUFFERS.

Mary is an established woman. Her lifespan is a petrifying mess. This is about dating a truly creepy sociopath. One who swindled others throughout his entire life. A self-absorbed, lying person using people.

Drake Bates is like a snake in a doctor’s suit. Nevertheless, he presents himself with a public persona of normalcy. Beautifully presented, at least at first! Also, shut away behind a charming facade. However, Mary could not see what lay behind the dark shade of Drake Lucifer Bates.

He disrespect all ethical rules

Mr. Bates was inappropriately flirting with her; he was a doctor, and she was his patient. Then, during a treatment session, he goes too far. Does Doctor Bates get hard when he treats patients?

Mary was never told that his pretended love only was a time limited offer. And one soon to expire. However, Dr. Bates was a two-faced, delusional creature. Mostly, hiding behind his fake Doctor shield. Then he pretended to have status. Next bragged about having lots of money. Finally telling Mary that he was a well known Doctor.

The narc faked a lovely future for Mary. Allthough, it was all faked. Drake’s only goal was to pierce Mary’s only layer of defense effortlessly. Then divulge her darkest secrets before she realized what was happening. Consequently, it was too late for Mary to escape.

This is part one of the Burning Desire trilogies. It will obsess you and you want more of it.