The romance was unfulfilling.

LET ME TELL YOU A SECRET!

There is no ‘right’ time or amount of intimacy to have.

What if you hardly get any?

Moreover, what if you’re not having sex from him for a long time? Also, you probably think there is something wrong. Furthermore, all the side effects begin to appear.

I will whisper you, my secret! 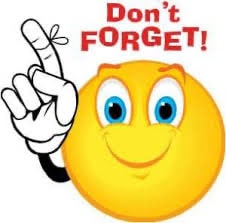 Then the disappointing feeling of only getting digital stimulation from my lover, was massive. At first in my fresh  relationship with him I anticipated our intimacy to hypothesise both of us. Mostly to serve as a trigger for sexual desire between us. Maybe he thought that we could just enjoy our life to full satisfaction without ever having sex. Whatsoever, it was not that easy for me.

At that time I didn’t know he was a psychopath. By definition, such people doesn’t have successful relationships. Besides, I had a great desire for him. But there was an absence of emotional connection and true empathetic feelings from him.

Similar to a lionesses has hunger for meat I wanted him to touch me. To lick me! Also to cup me! Mostly to f*uck me! In addition I wanted it to be as a reward, yet he wasn’t capable of trusting me. Mostly it was as I was talking with someone who was part ice, when I spoke about sex.

He knew I was not satisfied.

Truly, I was hoping it would result of sexual arousal––moreover also of mutual orgasm too. However, for me having a satisfying romantic relationship was important.  Somehow, I expected it would be for both of our health status and quality of life. Furthermore, the connections between our intimacy, my sexual desire, my lust for him, and the sexual interaction with him, was not what I expected.

He was a pro at seducing and getting me into bed. However, his process was more of a calculated game. Then I finally got rewarded with a digital orgasm. Next I was spinning like a pleased little kitten. Thereafter he turned around and fell a sleep.

Besides, his sexual pretending act happened mostly when he needed something important from me. Because the psychopath is motivated by power and greed––everything is a means to an end.

Whatsoever, I trusted him too much. Therefore, the little kitty gave him what he desired––more money! Yet the sex was not that amazing, also I truly felt I paid Casanova for the dirty service.

The romance was unfulfilling.

“Ohhh, babes, I’m the best thing that has happened to you,” he said after he once more gave me digital stimulation. “Today you got four of them…”

Geez! What an idiot, went through my mind.

“Glad you noticed, darling.” I replied.

“You will never find a man who love you more than I.” 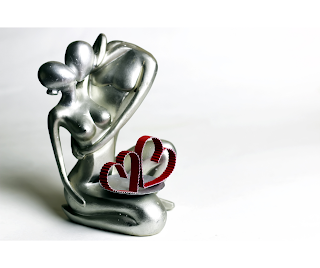 At this point in the relationship, I had to beg him to give me satisfaction.

He hated the damn tinkling little device. Therefore, and in the meanwhile it stayed in the drawer next to the bed. Besides, i must confess, it’s not the same as having your lover crawling all over you. Exploring you with his hands and his mouth.

“I know you will never leave me. You need me!” He said.

He was so self-centred!

“Baby, your job is to make me happy. If I am happy, I’ll make you happy.” He said early in our relationship.

Not to sound bold; I associate a good relationship with sexuality, assuming fairly naturally that we as a happy couple should have sex more often than what happened.

So how could I make him happy, if he couldn’t make me happy with some fantastic and wild sex? It’s not of the sex itself. But of the affection that supplements the sexuality between us. Such as more hugging! The touching! Also the kissing, which could contribute distinctively to our relationship. Then it would give more overall well-being and satisfaction. The hugging and kissing disappeared within a short time in the relationship.

Next, it was only holding hands. Mostly, when we were holding hands, was because I always desperately grabbed it whenever I could. Not totally satisfying! But better than nothing! Furthermore it was sending some nice stimulation to my sex-hungered body. Finally it also went down to my pussy. Sometimes I nearly got an orgasm, just by holding his hand. Then I was daydreaming he was f*ucking me right now. But is that enough?

It was though coming from an okay active and satisfying sex life with my ex-husband. However, then unexpectedly ending up never getting any sex! That was weird! Was it the sex itself that made me happy? No! But the touching. The hugging! Also the kissing, which could lead to sex. That made me happy, even it not always ended in the sack.

I have often speculated; why did I bother even giving him one more minute of my life?

The illusion was coming down! I started to see how damaging he was to me. So those statements he made was so preposterous in my mind.

It was a big alarm bell I just couldn’t ignore.

Nor could I ignore that he said:

“I am just a better person than you.”

I never had a problem listening to others telling me he was a narcissist. Next I saw how badly he treated others throughout our time. At first I didn’t see him as a narcissist. I didn’t want to or needed to experience being in love with a narcissist. For the love I held for him, I closed my eyes, not taking the warnings in.

I was a good, faithful, and loyal girlfriend to this man. Quickly he also wanted to marry me. I was his love of his life; he couldn’t be without me. I guess, even I was insecure, I was starting to wake up. Eventually, when I noticed he was about to running me down to the ground emotionally, physically, and financially.

Also, I knew there was evil in the world. Then I saw how much he hurt me deeply. However, I didn’t want to admit it. I just never knew the evil could be disguised as love.

Then the discard phase came!

Shortly after as he said: “All you ever do is wanting something out of me. Like everyone else.”

Dumbfounded I stared at him.

I had at this point loaned him a decent amount of money. Moreover, he never paid me back. He was a maniac! Furthermore, he believed he was the best lover in the world. In addition to that, he therefore believed he didn’t have to pay me back. I felt like I paid him for his unfulfilling sex.

I had moments with felling’s of heartbreak.

Sudden betrayals, while experiencing his fake love. Then the lack of empathy and furthermore my deep sadness overwhelmed me. Besides, it changed me forever.

Then, he used that in a demeaning manner. He even thought he was the best and grandest of them all.

Little did he apparently know, the heating missile had hard time to handle the act. Flabby dish cloth.

However, he swore up and down, he was the best ever.

“I know how to make any woman get the best pleasure at any time. And best as many as possible!”

Wow! Fingers in the orange! Yeah, I know, it’s sickening. However, I loved him. And I must admit; he was good at playing the entire Mozart on the piano.

Yet, I should have run right then, as I was realising, this was the only pleasure I could get.

I spend years of my life giving!

Mostly I was believing he was the one because I gave him everything I had. Then, I was hoping he would one day feel fulfilled. However, I was only receiving a few breadcrumbs of his satisfaction. I was so madly in love with the guy. But deepest in my gut, I wasn’t. I was trauma bonded to him.

Truth is, he was one of, if not THE worst thing to happen.

Finally, I had to let go… it was killing me…, literally my health was horrible. It was hard to withdraw from the dangerous drug that he provided. And I mourned the loss of us mostly of what I thought he was.

Speaking from experience; I strongly recommend never go near a narcissist. They will drag you down and destroy you leaving you just and empty shell.